The HangING Man NOT the HangED Man

The Hanging-Man
“A person depicted hanging by his/her feet”
In ancient times, many cultures' manhood rites included a young boy passing into manhood by proving himself. He would climb a tree, tie one end of a rope around one or both feet, tie the other end to a solid branch, and jump. This rite represents a “leap of faith,” bravery, courage, and a warriors willingness to “enter battle without fear.” (This symbol is often confused with “The Hanged Man” The meaning of these two symbols are completely different.)
Modernly, this rite has been adapted into bungee jumping and adopted as a type of sport. This activity has appeared in wedding ceremonies representing the “leap of faith” into union.
Another meaning of this card is "To Suspend Belief and Doubt to Gain Insight" The Divine may use this card to ask the questioner to suspend all current ego & intuition to receive more. The questioner may be asked to sacrifice something in exchange for something greater. This message is reflected in the story of Odin. In order to receive the secret knowledge of runes, Odin sacrificed his left eye and hung himself upside down over a Divine Well. The Divine recognized his sacrifice and devotion, thus awarding him with the wisdom of runes.
Is there something you are reluctant to sacrifice, even though you know there's something better out there waiting for you? This card resonates with this intuitive and divine message.
This symbol is also commonly seen in Tarot Decks. It is a symbol from the Major Arcana representing a journey into wisdom. Whether that journey is Masculine or Feminine is not determined in the deck.
When this symbol is depicted in dreams or visions, a person can determine which path this important wisdom or lesson will spring from. The gender of the person that is depicted hanging will tell you. My son, Wesley, has experienced dream and omen. One story is here, the other story is located in Call Me, Call Me Anytime: Age of Discernment.
Wesley dreamt he was in a car, driving down a road. Along the road, tall trees shaded his journey. As he looked up, he saw a man hanging by his feet from above. The car passed quickly under the hanging-man. Shocked, Wesley turned his head to look back from the driver's seat. The 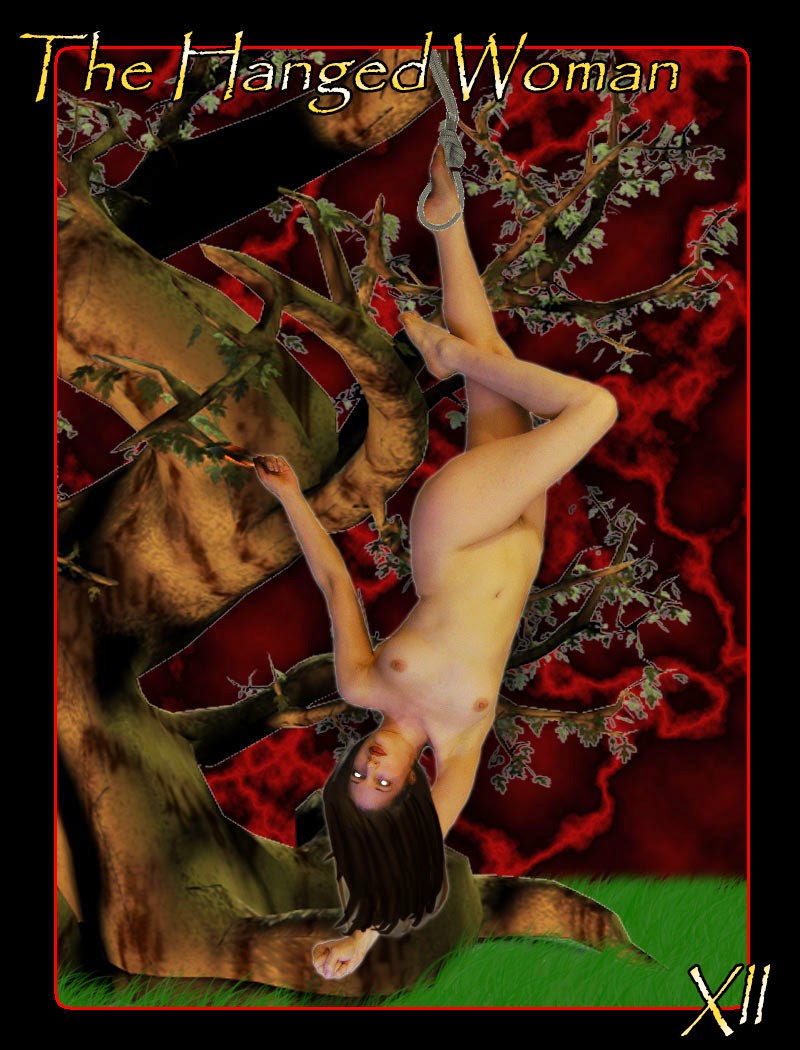 man had turned into a woman, gravity not disturbing her white dress, but her hair hanging as it normally should when upside down. Wesley was disturbed by the dream. He told me about it the next day. I laughed and told him not to worry, that it was a very good dream.
His car meant that he will have what he needs and that it will seem like a quick journey. He will also be physically protected. The trees that shaded the road was a symbol of spiritual protection. The hanging-man means he will learn what he needs to learn during his physical trip. The hanging-woman symbolized that he will be blessed by wisdom on the Feminine Path.
I reassured him that not all creepy things are bad. Even though the hanging-man and woman were scary, the signs for Wesley are very good. Whatever the lesson the universe has in store for him, I am sure he will learn them and will benefit from them before his time on the Masculine Path is finished.
For more on The Hanging Woman click this
Posted by Kaythia Star at 12:38 PM No comments:


The Bell
Bells, chimes, or anything metal that can ring, tinkle, chime, and so on. Although, it doesn't have to be metal, but a metal sound from an electronic device can also work. 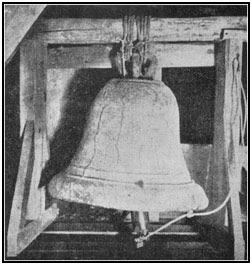 At the house in Leavenworth, Jessiana, Wesley, Lorien, and I have heard the doorbell ring. That house does not have a doorbell. The house is old, by American mid-west standards, being built in the late 1800's. All the doors, clearly, at some point in the past, did have doorbells. But between 2011 and 2013, none of the doors have doorbells of any sort. What is on the doors are the remains of the plastic frames of the electronic buttons that no longer exist. Hearing the doorbell has become a regular occurrence and is normal for us. Anyone who hears the the door bell answers with, “You are not allowed in unless we know who you are.” That has minimized spiritual exposure in the house.
If you hear a bell, where there is none be aware. The ringing of a bell is the announcement of something important. The underworld may be asking for entry, announcing a presence, or maybe giving an angel their wings (Which is something I doubt).
A bell that is used to “stir-up” or “call out” spirits, ghost, demons, shadows, or any variation of that “should” be made of metal. There is a reason why. Metal, minerals, gemstones are all considered to be in the “domain of the underworld” (please do not confuse this with Christian Hell). Whatever name you use to invoke the “god of the underworld” or “king of the underworld” doesn't matter. What does matter is that this personification is in charge of the spiritual concerns of “what lies beneath the soil” and that includes metal. To “make ring the bell” means that you are invoking that personification.
To “ring the bell” at a funeral, is to announce to the underworld that proper burial rites are finished, and that person is officially dead.
In a marriage or union (which should include adoption ceremonies), to make “ring the bell” announces to the underworld the proper completion of those rites, making the union official in heaven, on earth, and below.
Posted by Kaythia Star at 9:14 AM No comments: