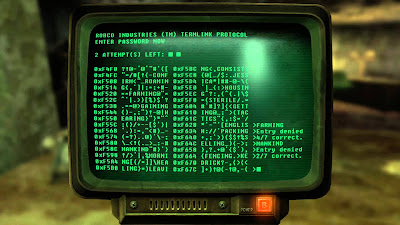 Red Scope began typing away at the keyboard. "Janice, I would like to upload and install the data from the flash drive into my current program. I want to see what it can do," he said.

"This action is not recommended," replied Janice.

"Well then, do it anyway. We won't know anything until it happens."

Red Scope's computer flashed a green screen. Data appeared as old Dos style runtime. 'What the," started Red Scope. He was interrupted by a loud, real, prerecorded human male voice in German. "Janice! Translate! What the hell did he say?"

"Translation is as follows, 'Jormungandr release in progress. One minute to launch," said Janice.

"Jormungandr? Why does that sound familiar?"

Janice whizzed and beeped like an old computer. "Jormungandr, son of Loki and Angrboda, Norse Myth."

"Did we just release the Kraken?"  yelled Red Scope.

A male voice interrupted through the speakers in German.

"Hydra? This was supposed to about casinos!" yelled Red Scope to the fourth wall. "What the hell is going on!" Getting no answer, he continued. "Why isn't anything ever simple?"

Red Scope took a deep breath and thought. "You know what? Janice, let it happen. It will give those New York yahoos something to do."

"Is that wise, Sir?" asked Janice.

"With 10 seconds to go, I don't have much of an option. So, yeah," he shrugged. "We should be fine. Unless, of course, they decide to send Ball boy." Red chuckled. "Let's focus on implementing the data in the correct sequence."

Four hours later, Red Scope was still at the keyboard struggling with the code sequence. Janice interrupted him. "Sir, a report has been released."

Red Scope paused and laughed. "I think I know what this about. Show me on monitor 3, Janice."

The screen switched on to the KCTV5 channel. "In international news, Germany was shocked today with a surprise attack by an alien creature similar to those that attacked New York three years ago," said the news reporter. "Mysteriously appearing, it quickly traversed north. The creature caused panic and confusion throughout the populace. Thor, supported by other S.H.E.I.L.D. agents, was able to bring down the alien before it was able to reach its unknown destination. A video of its initial ascent went viral before local authorities could prevent the video from leaking information of its origin. German authorities, in cooperation with S.H.E.I.L.D., are investigating further. Some sources claim that the alien was released from a previously unknown and abandoned research and development facility in what was formerly known as East Germany. These claims cannot be confirmed at this time."

Red Scope chuckled. "Now that that has been resolved, can we please get back to the casino thing?"

"To whom are you speaking, Sir?" asked Janice.

The screen shot switched to a male reporter. "In other news, A riot ensued in Berlin, Germany today as over 250 mutants and superheroes converged to volunteer their aid against the alien leviathan. Reports from surviving eyewitnesses claim that the riot, which destroyed a large portion of the northern section of the city,  was caused by the heroes themselves. The reports go on to say that it began as an argument between the various individuals and groups as to whom was entitled to save the city from the leviathan."

The news transitioned to a video of a man with a bandaged head. He began speaking in German, and the translator narrated in. "It was cool at first," said the man.  "It isn't often a person is able to see that many heroes in one spot. But more and more started to show up. They argued, and then Hulk punched Batman. It went worse from there."

The video switched back to a head shot of the news reporter. "Local authorities were helpless against the group. Opting to evacuate a significant portion of the city, local authorities set up barricades in an attempt to quarantine as much of the fighting as they could. The riot, which lasted for 75 minutes, ended with four dead and nearly 300 wounded. The damaged has been assessed to around 54.7 million euros."

The news switched back to the female reporter. "On a lighter note, the crime rate is at a historic low in many major cities around the world. Most of these cities reporting under 5%, with others like Washington D.C., Los Angeles, Atlanta, New York, Seattle, London, Paris, Madrid, Rome, Tokyo, Moscow, St. Petersburg, and Berlin reporting 0% crime for the first time in recent history." The news reporter paused and giggled as if shocked by the news herself. "Or for the first time in human history? I can't confirm that. What do you think, Bob?" The female reporter turned towards her colleague as the video switched to a wide shot of them both.

Bob chuckled. "Well, Kelley, I can't confirm that either. The low crime rate is certainly worth noting, that's for sure. And it might be why the heroes were fighting amongst themselves."

"Becuase they have nothing else to do. They must be bored to tears with no recent crime outbreaks," laughed Bob.

"There is always a man out, Bob. Gotham is holding a steady low at 47%, maybe they should move there?" chuckled Kelley.

"That certainly would be a historic move, Kelley. But the Dark Knight is not known for his networking skills." Both reporters laughed. "And now, the weather. Chuck?"

"There is never, I do mean never, a 0% crime rate. Not ever. Something is cooking, Janice. Give me stats, readouts, I don't care! Give me the numbers of the crime rates they are talking about."

He looked down at the flash drive sticking out of the computer port. "What the hell are you?" he asked in a hushed tone. "Where did you come from and what are you doing?" Red Scope took off his goggles, leaned back in his chair, and sighed. "And the hell am I going to do about it?"

Posted by Kaythia Star at 4:38 PM No comments: 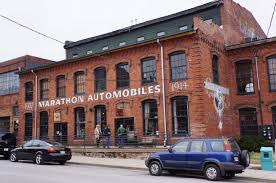 This is a story I somehow failed to record here. This happened February two years ago.


On Monday, Mom and I went to Nashville. She said, "And THIS time we are going to Antique Archeology!"

She said, "Wouldn't it be cool if we ran into Mike or Frank?"

I said, "Mom, that will never happen. I mean really, what are the chances of that actually happening?"
So, we walk into Antique Archeology, and guess who is standing in his store surrounded by a crew, giving instructions and talking about his business?
Yeah. And despite wanting to talk to him, I didn't. Mike is a busy guy. He owns a business. I know how that can be. He doesn't have time to chat with every yea-who that walks into the store. (I am absolutely a yeah-who) So, I kept my distance and enjoyed the store.

Mike and his crew are wandering clockwise around the store. And at one point, I am backed into a corner by Mike and a lady. And because I am trying to keep my nose clean and out of his business, I am trapped and frozen as he stands in front of me doing "The Boss Dance" Reaching down to pick up an object, he finally notices me there, trying to keep out of his way, he says "Oh Hi!" with a smile (being friendly) And so I say, "hey" back, being friendly (because he validated my existence)And then, very quickly, moved away from his circle of command where I was no longer in his way.

But when I point this out to Mom, She fixes my hair and then waits for the moment when I am not paying attention to call him over and ask about a homunculus bike hanging from the ceiling. (I didn't even know he was standing behind me.) Then, she and he engage in a very quick conversation about the bike and an old fabric-covered wheel. Then, he and his crew disappear to go film something.

While He and I did not speak at length, I am adding Mike to the list of "celebrities I have met." There were others in the store, he only acknowledged me at his own accord. (anyone else that was there either ignored him or approached him directly) It may have been because I was in his field of vision but had not said anything. But he made a choice to say hello. And that is a choice as far as celebrities are concerned. He could have ignored me and said nothing. But he didn't. I think that was very sweet of him and marks him as a good guy. So, He gets on the list. And I am happy to have met him.
Posted by Kaythia Star at 9:31 AM No comments: