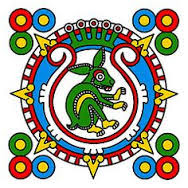 With St. Patrick's day behind us and Easter ahead of us, I would like to resurrect Aztec  Divine Rabibts called, Centzon Totochtin, or 400 Drunken Rabbits. There is a story about them that can be found on Google and a very short list of Rabbits. The rest of the 395 (or so) Rabbits names and functions have been lost in time.

When I told my family of these drunk little furries, they laughed. And then we decided to name a few of our own. So without further ado, here is a list of Rabbits, that we believe, may have been a part of this group.


So, that is a drop in the bucket to the long list of 400 Drunk Rabbits. Got any more I didn't think of? Add some in the comments below. Thanks for reading.
Posted by Kaythia Star at 6:13 PM