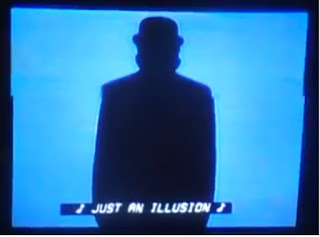 The shadow-static Doctor sat upright and looked right at me. "Organized!" He stood up and went to the console. "I have been around the universe a few times and seen so many dirty, underhanded, vile actions by villains of all walks of life, but none! None of them were as vile as to organize my TARDIS!"

"Oh, I know," I replied. Without being asked or ordered, I walked up the stairs to my time-out spot. "She told me. Now I know why the kitchen is the best kept secret in the universe. I wouldn't want anyone to see it either." I grinned and felt my eyes light up.

"I am taking you home!" He yelled.

I scoffed. "And where would that be exactly?"

"America, judging by the accent."

"Somewhere in the north."

"Yes. You have an American accent."

I made an ugly face. "Ugh! You think I am from Michigan?"

"Ha!" he turned and pointed at me. "By that reaction, It's either Ohio or Indiana!"

I giggled. "Nope. And that is the truth."
The Doctor dropped his finger. He looked a little surprised. "Illinois?"

I shook my head. I wasn't going to tell him he was close. One of those four is where I grew up. But as to my current living situation he was really far off. It occurred to me that he couldn't pin point the correct state was because he had never been there before. And that thought actually excited me. I had been and lived in a place the Doctor had never been before. And let me tell you, this also occurred to the Doctor. Because his body language dropped from angry to completely perplexed. I was really sorry I couldn't see his real face. I was sure the shadow static did not reflect his true emotion well enough. "Well Doctor, four down and forty-six to go. That is assuming that I do not live in an American territory. After all, what are the chances of that?"

"The TARDIS was there before. So All I have to do is look at the navigation history," he said turning back to his console.

The static Doctor went about his console flipping switches and pressing buttons. He looked up at his monitor. Then, he flipped it away towards me and pointed. "The American south."

I made an ugly face again. As I did, the TARDIS made her response. A holographic woman appeared. She was young and pretty with long brunette hair. "Aberdeen! Aberdeen, Doctor!" Then, it blipped out.

The static Doctor stepped back from the console. "Mutiny! A sexy, sexy mutiny!" He looked around the TARDIS main control room and laughed sardonically.

Another holographic woman appeared briefly. "You're always bringing home strays!" She accused. Then, disappeared. It was replaced by another hologram. This time a unknown male, who simply said, "Now, it's my turn." He smiled and blipped out.

My static Doctor turned towards me. "Doctor," I said. "I am not your companion or assistant. I am hers." I pointed to the console. As I said that, I dropped my hand. I felt woozy and nauseous. "Sorry. I'm sorry, Doctor. I...uh...don't feel so..." There was an odd buzzing on my forehead and then, I blacked out.

And I fell like Alice down a rabbit hole. As I fell, stars fell with me, filling my eyes with images and colors I had never seen before, but felt familiar with. A song began to well in my ears, soft at first but building into theater sound.

"Memories of things that never happened 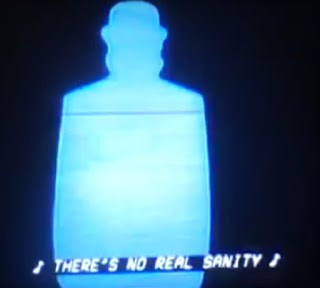 These are hardest to forget
All the old friends and the loved ones
These are the people you haven't even met
Looking forward into the old days
Looking back at what there will be
There's no reality, it's just an illusion
There's no real sanity, just plain confusion

How do you feel?"


The song was interrupted by an intercom bell, as if I were on an airplane. Bong. "Attention all passengers. Remain calm. The electric impulses from the module unit installed into your cerebral cortex are designed for healing. These impulses may be translated by your brain as images, feelings, and sounds. Please relax and breathe normally. Thank you for using Netline Industries, module 629, healing unit. Have a safe and pleasant journey." Bong.

Memories began to flood my eyes, specifically my memory of how I got on the TARDIS on the first place.