The TVA's Best B rated Movies Never Made 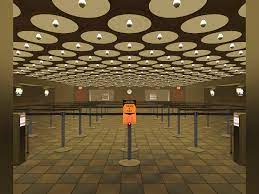 Skimming through the TVA Entertainment Archive, I have made a short list of the Best B Rated
Movies never made here on Midgard CP55-38480 (That's us, BTW. We survived the Pandemic fairly well in comparison to some others (*coughMidgard359cough*)) So, if you are ever vacationing there or you find yourself in the waiting room, request these movies. Its worth wasting your time on these jems!

Fast & Frivolous~ An action adventure comedy about four wealthy friends shopping Black Friday. Can they get through their list? They better check twice, I think they missed a spot.

Shrok~ Voiced by David Spade. After being forced out from under his bridge, can a troll find true love? Is it the Pretty Princess or the Dashing Duke? He has some identity issues to work out.

Pluto Nash (Edit: I forgot this got made here. This version is way better!)

Dude, Where's my arm?~ Two cyber Punks go on a bender. One loses his arm. The other lost his pocket rocket. Only the Wizard knows what happened.

Highlander~ Starring Robin Williams. He consistently proves, "There is always one." There really should not be more than that. Really.

Home Alone Again~ Father leaves his son home alone to attend a huge drug party~ again. Now, the son must evade Social Workers or go into foster care. He would rather not, in this Dystopian Horror.

Rise Above~ How a former adventurer overcomes his crippling knee injury to become a famous courier.

Johnny Numeronic~ Action Adventure. Johnny runs numbers. But he ran the wrong numbers to the wrong casino. Now, he must run from the Mob.

The Devil Wears Cyber Heels~ Fashion and Sin is Universal AND Multiverse-al.

Cooking with Balrog~ All seven seasons of Julia Childs as a Balrog teaching the science of cooking the perfect dwarf.

Shrubs~ 1 and half seasons The Knights of NI unleash their knowledge of Shrubbery. and a fish.