Star Trek 2: The Wrath of Khan
Stardate 8130.4
Starship Reliant approaches, what they believe to be Ceti Alpha 6 in their search for a completely lifeless planet for the Genesis Project. 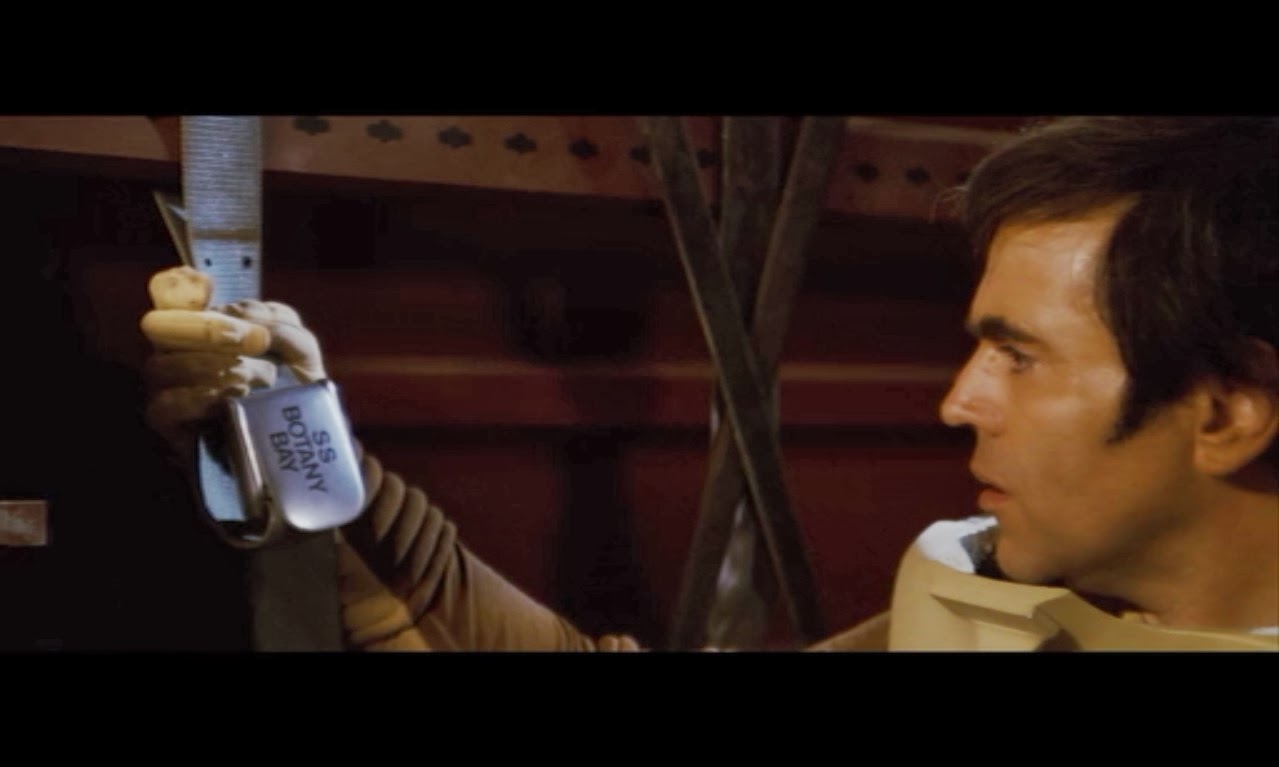 Only to discover that the planet is actually Ceti Alpha 5. Khan and the remains of his crew has been marooned on the planet for 15 years, 14.5 of that time in extremely harsh conditions. Ceti Alpha 6 exploded six months after Kirk had relocated the crew of Botany Bay in the attempt to give them a second chance. As a consequence of the planets explosion, Ceti Alpha 5 experienced an ecological disaster that resulted in the near annihilation of all life on the planet. The Wrath of Khan is justified here. We find that he has lost his wife, child, and the majority of his crew. At least, Starfleet should have checked in on this colony in the 15 years that it had been started. There are records dating back to 2150's (See Enterprise) to show the precedence of the requirement of checking up on colonies! Which means that Kirk and/or the Federation didn’t do this job AND Kirk got a promotion. ON top of that, The Captian of the Reliant has no idea who he is. Khan would immediately conclude that Kirk left the story of him and his crew undocumented and untold. They were simply abandoned and left to die. Of course, Noonien Khan is beyond rage at this. Anybody would be.
14.5 years is plenty of time to daydream about the death of Kirk and the Enterprise. It was most likely Khan's main motivation for surviving. At least, for a few years. After the approach of the seven or tenth year, he probably did give in and accept that he may never see the person who caused this ever again. Which is the reason why Noonien Khan made his remark to Chekov, “I never thought to see your face again.” But in that moment, Khan's dreams, his plan, his wish to see Kirk suffer became reality. He was willing to do ANYTHING to get Kirk within his reach. 14.5 years of planning, strategy, contingency plans, hope, and a reason to live again.
Here's what I don't like about the movie. Suddenly, all that diversity is gone. All the remaining members of his crew are suddenly all Caucasian, blue eyes, and blonde haired. Where did that diverse crew go? It wasn't until I looked closer at this when I discovered that my childhood had been clouding my judgment on this movie. It is a horribly written movie. I weep for it to be cannon as much as I weep at the canon of the 8th Doctor. I digress..back to the point...
Noonien Khan takes the Reliant and chases down Kirk into a nebula. A great battle ensues. In his pursuit of Kirk, Noonien Khan sacrifices the remains of his family (Or that is what it appears to be the remains. I counted about five on the bridge of that ship when Kirk successfully fired his phasers. There were more than five on that ship, they just weren't on the bridge)
Where did the rest of them go? 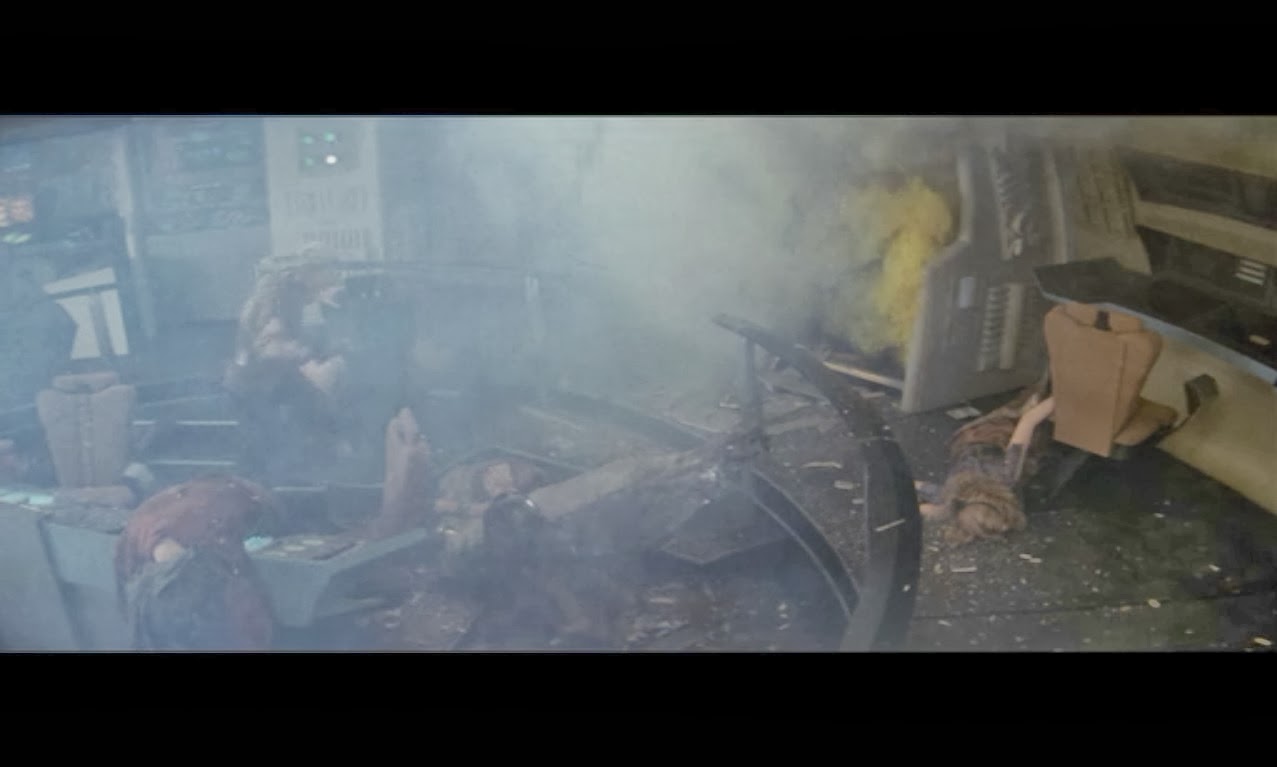 If I were Noonien Khan and I had made the decision to chase down Kirk, I would have kept only necessary personnel and sent the rest of them off in a shuttle craft. Why sacrifice ALL of them? It isn't necessary and Noonien Khan is way smarter than that. The Enterprise never would have known about the escape. Kirk was way to distracted with the battle.
Now, we all know how it ends, right? Khan blows himself up, Spock sacrifices himself to save the ship, and the Genesis Project is successful. But we DO know how it ends, don't we? The Genesis Project resurrects Spock on the newly terraformed planet. Spock comes back in the next movie, “Star Trek 3: The Search for Spock”
Here, let me show you something you may have missed in the movie. It was easy because we were so worried about Spock that we didn't REALLY observe it. 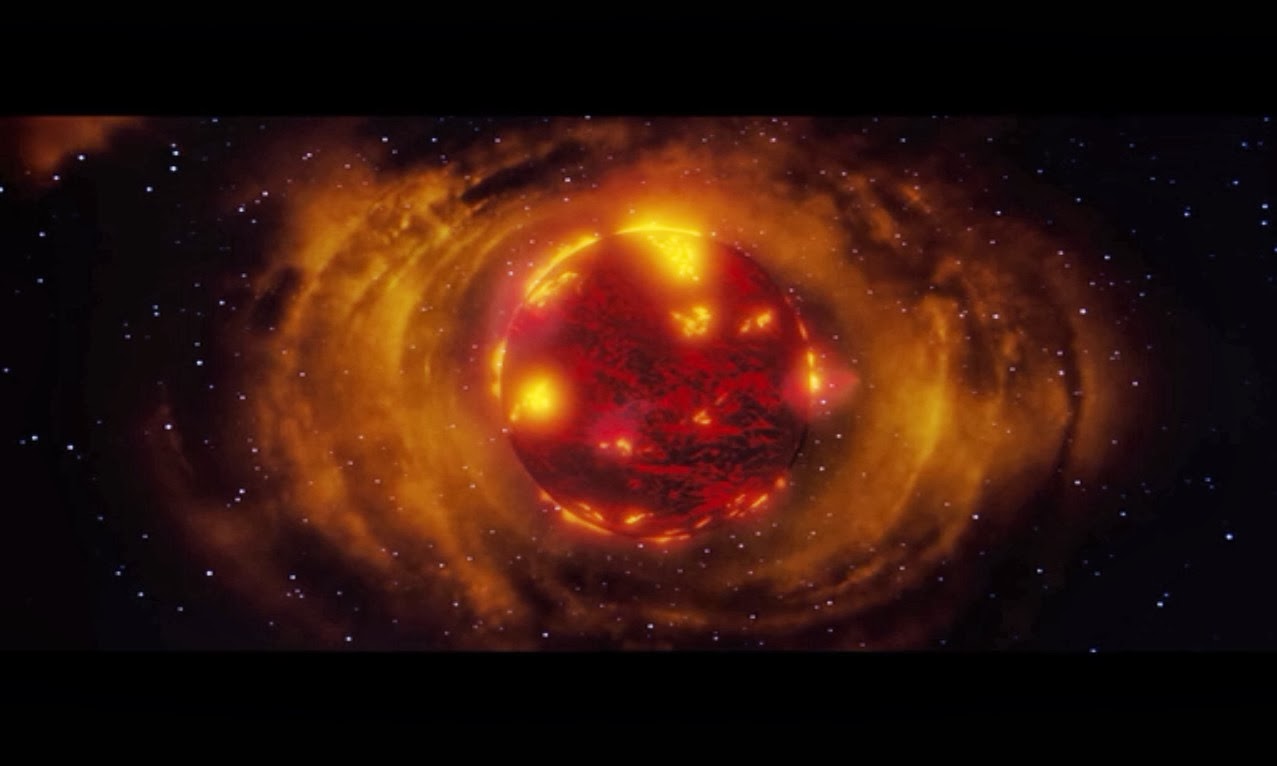 This is the newly formed planet that was created from the First Genesis Project. The bomb that Khan used to try to blow up the Enterprise before it got away. Now, if Spock's remains can be resurrected from the Genesis Project, why couldn't Noonien Khan's? Or hell, why not the the crew? All of them? Well, all of them that were on board the Reliant.
Wait...are you suggesting that Noonien Khan SURVIVED?!
You better believe it. And it IS a logical statement. Not only is is probable, is is highly possible.
Contingency plans are often blessed with luck and a Genesis Wave.
Okay, what about the search for Spock? That planet ended up being a failure. It blow up at the end of "The Search for Spock"
Yeah, you are correct. But remember that I said Noonien Khan would never have sacrificed more family/crew members in his pursuit of Kirk? And we know that Kirk went back for Spock, don't you think the remaining crew members on that shuttle craft would have gone back for their family too?
Not only is this possible, it IS logical, and it IS possible. 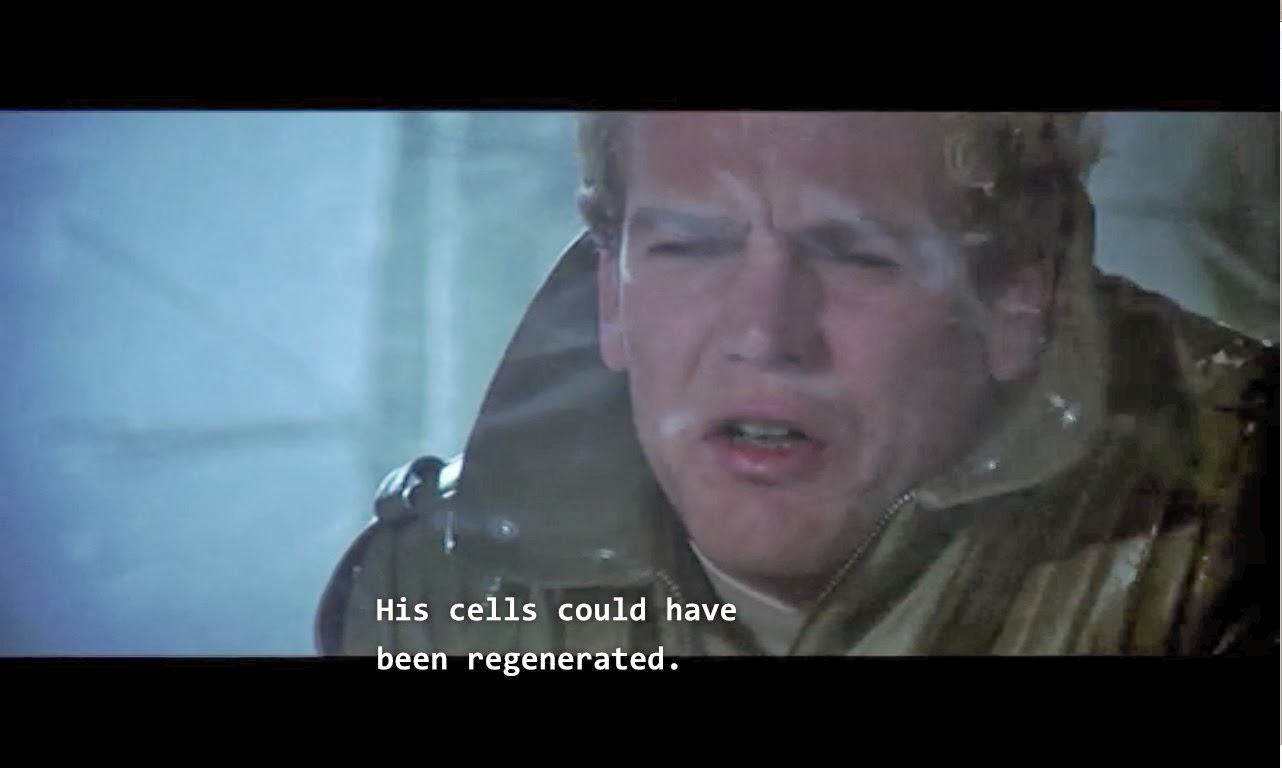