A sacrificed Loki tells his version 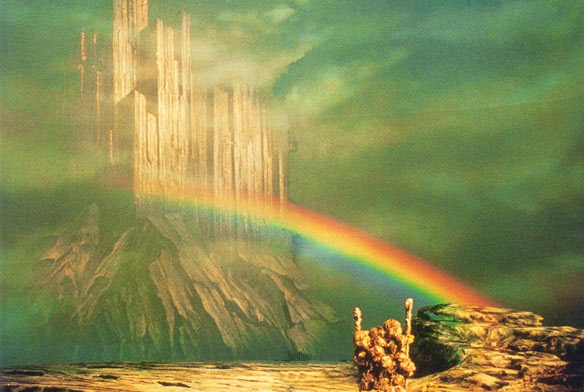 It was late in the evening and men were deep in their cups. Mimingus, disguised as a human, had the small crowd entertained with a mimed recreation of the Aesir-Vanir war. Of course, Mimingus had added a few things on his own that had a humorous flare. So, this small public house, on the edges of the wild forest, was filled with laughter that echoed outside into the darkness. It could have been the laughter or the fire light from within, but however the attention was caught, it was seized by a very exhausted and weakened Loki.
The door opened. The crowd turned their heads away from Mimingus. Loki stepped into the firelight. The crowd went silent, stood, and began to leave. Loki went to a table, sat down, and demanded five ales and five mead. Mimingus called out to the crowd, begging them to stay. Mimingus never got a reply. In less than 3 minutes, the public house was empty save for the owner, Mimingus, and Loki.
Fearing for his saftey, the owner served Loki and then vanished to the back room. Mimingus, on the other hand, wasn't afraid of Loki. He could tell that the trickster was not feeling himself and his powers were unusually diminished. Mimingus transformed into his normal faun form. “Good Evening, Loki,” said Mimingus. He joined Loki at the table.
Loki made no indication that he saw Mimingus sitting across from him at the table. The Asgardian merely continued to swig his drink, in secession from ale to mead, without stopping. Mimingus watched silently as Loki finished his drinks and called for more. The faun waited patiently while the brew-master appeared, served, and disappeared just as quickly. Loki reached out to grasp a mug, he wasn't fast enough to hide from Mimingus that the God was shaking, violently.
Mimingus lowered voice. “Well, if it was disturbing enough to make Loki tremble, I sure hope it isn't coming here.”
Loki finished off the twelfth drink. He lowered the mug slowly to the table. “You have no clue, Mimingus. It was horrible.” He grabbed at thirteen.
Mimingus cleared his throat and kept his voice low. “We are alone, Loki. Do you uh....” The faun leaned in a little towards him. “...you wanna talk about it. Because it looks like you really need to talk about it.”
Loki finished off thirteen and threw the cup across the room. He reached out and grasped the faun by the scruff of his neck. “If you breath a word of this to any being, living or dead, I'll have your hide above my door frame,” Loki whispered angrily.
“Hey now, Loki my man!” squeaked Mimingus. “What ever it is, I can keep it on the DL, you know...the “down-low.”
Loki let go of Mimingus. “It doesn't matter. Once the Asgard get a hold of the story, I will never hear the end of it.” He slammed his fist on the table. The jolt knocked the mugs over. The brew-master came out. “Sorry, I'll compensate,” said Loki. The brew-master replaced the drinks and disappeared.
Mimingus eyes grew wide. “Loki, what happened to you?” The concern in Mimingus voice was genuine. He had never seen nor heard of the sly god so disturbed. Mimingus knew that Loki was a traveler within the World Tree. Loki had been in tight situations, faced strange monstrous creatures, and had to think his way out of weird situations that he, and other gods, had gotten him into. Loki had never shown this much exhaustion or trauma in all of that. Mimingus was honestly concerned, and more than that, he was completely entangled in his own overwhelming curiosity.
Loki sighed. “I better tell it to someone or my side will never be known.” He grabbed the fifteenth mug and began his tale.
“Many months ago, Freya and I were out among men. Having a few drinks, watching the 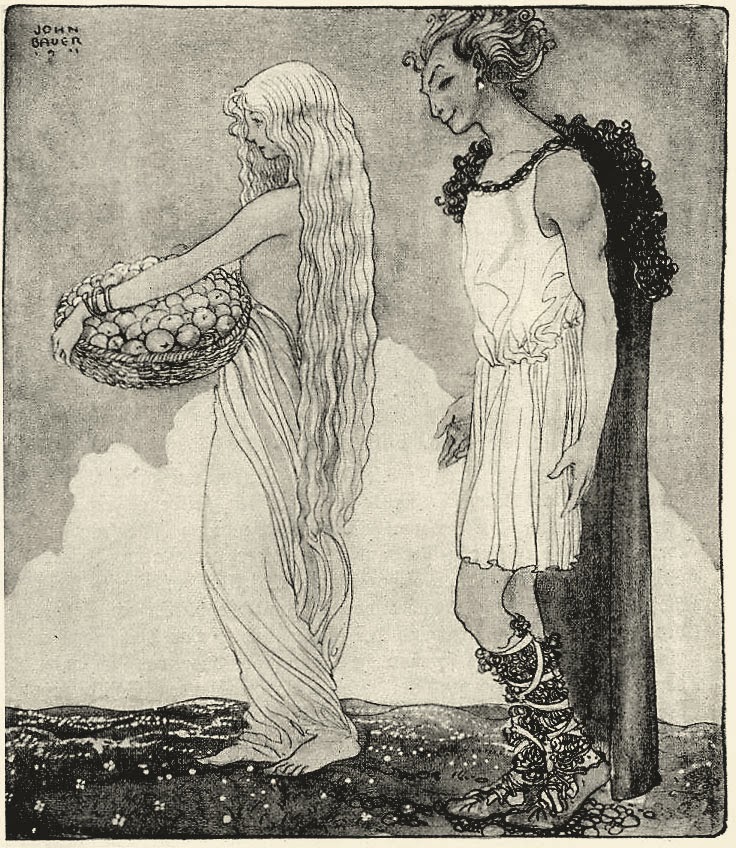