Our world is a funny place. Back in 2007, it was made funny for us in particular because of “No Gnus is Good Gnus.” The funny increased as Ray adventured through Tarkazia from late 2007 until present. Never once, as the DM, did I ever imagine that Rayism would be “a thing.” But today, as a laugh, my son and I Googled “rayism” and discovered something bigger.
http://www.urbandictionary.com/define.php?term=Rayism
RAYISM-
When an immoral, unprincipled person makes an absurd statement that contradicts all the evidence in the hope of 'blinding' people (like the rays of the sun) from the truth. A rayism is most often used by an unscrupulous boss who persecutes staff to hide his own failings. Because a rayism makes ridiculous claims, it tends to convince nobody except the person making the statement. - Urban Dictionary
I would not say that Ray, as a character, is immoral or unscrupulous. I would say he was “unconcerned” or “uninvolved.” I would even go so far to say that he was “unmotivated.” But Ray does have morals. They are strange, but they are there.
For example, his perception is broader than most characters. If the adventuring group was sent to kill a group of “bad Goblins” Ray would be the one in the group to ask “why are they “evil”? If Ray didn't think that the behavior of goblins was evil, he would not participate in eradicating the goblins. He may, instead, try to help the goblins. Or help both parties reach some beneficial compromise. Ray would not be above lying or manipulating to accomplish a goal that he believed would be beneficial for everybody. Ray would have no problem with stealing if the outcome is positive for greater number of being. Ray would have no problem becoming the villain to unite two warring factions or beings.
It is in thatbehavior that his character stays within his own alignment, which is true natural. Most often, when a DM is faced with True Nutural characters, they portray them as indecisive or completely uninvolved. As an experienced Dm, I disagree with the majority of that. Mainly because hermits, monks, or druids will eventually be forced to make a decision despite the fact that they are “isolated” or try to make themselves “isolated.”
The biggest and most prominent example of this “True Natural Isolation” is the Elves of Middle Earth. The Elves hadto eventually become involved because evil and chaos does not respect boundaries.The elves hadto become involved because they were a part of that world. When they figured out that they could not live in Middle Earth and not be involved with it, they ran away. I am speaking along the lines of their involvement during the Second age of Middle Earth (the first battle in which Sauron had his hand cut off). Between the end of the Second Age and the middle of the Third Age, the elves experienced a drop in birth rate to zero! Arwyn was the last Elf to be born in Middle Earth, which made her younger than Legolas. The Elves knew they had to leave to preserve their race. The War of the Third Age made that a concrete and extreme decision. That is why the Elves were leaving during The Return of the King.
So, even those who go out of their way to be Isolationists, will eventually become 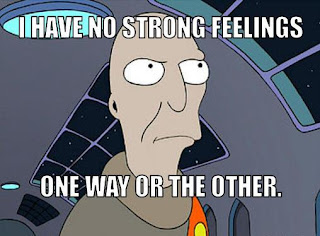 involved in the affairs of the rest of the world, whether they want to not. And those who do not make decisions or hesitate to long will, by default, allow evil and chaos to take over. Ray and those who follow Rayism know this.

Here's the rub, Ray and the followers of Rayism also know that there is no way to eradicate Evil and Chaos from the world. It will neverhappen. So, by allowing somechaos and evil into the world, a being can contain it's affects and effects on those who dwell in it. There is not anything that Ray will not do to attempt to balance that.
For example, Ray and the group did get approached by a human village to eradicate a group of goblins that had camped in the forest. The goblins were hijacking food transports and doing other “bandit” things. Ray and the group went into the forest and found the camp. But the Goblins were in horrible conditions. They were starving. Ray captured one of of the Goblins and asked him what happened to them. The Goblin explained that they had been displaced from their home in the mountains by Dwarfs who wanted their caves because of the resources the Dwarfs wanted to mine out. The Dwarfs had almost killed them all off. The Goblins were survivors of an attack of greed.
Ray went back to talk to the village. The humans were unwilling to help the Goblins. It had everything to do with race. Humans are “supposed” to hate goblins. Human and Goblins do not “live in harmony.”
Ray and the group reacted by burning down the villages grainy and burning up the Goblins meager store of food. Both the Humans and the Goblins got mad!The Humans and the Goblins elected diplomats and held a discussion. They united together to get food stores before the winter months set in and worked together to put a price on Ray's head.
Was it morally or ethically correct to burn the food? Maybe.
Were the results of that act beneficial to the world as a whole? Yes.
Does Ray feel bad for being a villain? No.
Is Ray afraid because there is a price on his head? No.
Ray figures this, “I will leave the area for a couple generations. I am an Elf. I will live longer than their memory. I'll be fine.”
Ray often makes statements that, at first glance, make no sense or are completely unfounded in intelligence and/or wisdom. These are the cases in which I compare Ray to The Doctor. Is Ray talking out loud to himself, lying to make himself feel better? Or is it that he is telling the group that something will work even if logic demands its failure? Is he lying to the group to keep up moral so that they don't doom everything they encounter? 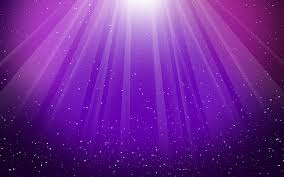 The truth is that Ray doesn't even know. Seriously, he has no idea. He is taking a gamble every time he opens his mouth. Ray figures if he looks, acts, and talks like he knows what is going on, everyone will believe it. Because it is believed, it happens. Because the Purple magic is based on belief and nothing more. The more a being believes, the more likely it happens. It is a loop that builds upon itself until it reaches a “religion.” That is why in Khemair, Ray is a God. Because the people of Khemair believe it to be so. How else could that curse be lifted, if it weren't a God in human form?
Ray doesn't know if anything will work because, he has an idea that, the more belief in something the greater the chances of it happening. So, he started to lie to himself, then he lied to the group. The actions and words of the group, make it spread through the land. Bards tell the tale, people begin to believe it. Making it more and more possible for the impossible to happen, even when Ray doesn't want it too.
So, the level of success is beyond Ray's knowledge because it all depends on what people and how muchthey believe in it. So, Ray truly has no clue if it will work or not. He is perpetually in that quantum place where things happen, not happen, and already happened at the same time; just like the Doctor. So, Ray is, is not, and was at the same time. Hence the appearance of a little known creature who appears to the group as a little, brown-haired boy. Or in the case of the Doctor, the weeping angels. But instead of feeding on potential energy, the race of the little boy, feeds on improbability energy.
So, to sum up. The Urban Dictionary has it wrong and right at the same time. Which, in itself, is a Rayism. That is the funniest thing of all. Bringing the lesson or moral of the story is “Believe in the impossible for the improbable to happen”
Posted by Kaythia Star at 10:25 AM