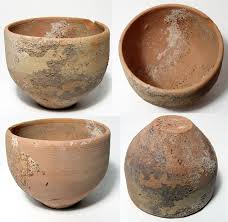 The Cup is about receiving. It can be depicted as a goblet, bowl, or any vessel that can be drunk from. The Cup has ancient roots steeped in myth, folklore, fairytale, myth, and legend. The more important the cup, the more important the contents.
Of course, the most notable and famous of cups is the Holy Grail. This cup was used by Christ during the last supper. But I also heard a tale that this same cup was used to collect the dripping blood of Christ as he bleed from the cross. There is no explanation as to whysome person would do this, nor was it explained as to what the person did with the blood once collected.
Another notable cup was the cup of Braggi, the god skald of Norse Myth. The mead of poetry is said to be in it. This mead was said to bring inspiration to any person who drinks the mead.
There are many ornate cups that can be found during the Middle Ages and Reminiscence. Most of these cups were created by noblemen who feared being poisoned. The contents in the cup were said to be protected from potions by the stones that covered the outside.
The Cup, as an artifact in myth, is about receiving liquid. Everything from ambrosia to water has been handed down in story. But the symbology of the cup is really about receiving and imbibing the divine. The ritual of communion is all about receiving the blood and body of Christ. This ritual is far more ancient than that. But we cannot have a ritual like that without the all important cup.

For the Tarot, The Cup, all cups, are about receiving divine inspiration, dreams, visions, brainstorming, researching, thinking about what you really want. This is the part of life when you decide on your goals. The Cups are not concerned with what you need as resources or what actions you have to take to get there.

The Cups- dreaming, planning, researching, vision, deciding on a goal
The Wands- resources, energy, focus, directing towards a goal
The Swords- the actions and  thoughts that get you to that goal
The Pentacles (Coins)- The rewards of goal achievement
Posted by Kaythia Star at 8:53 AM