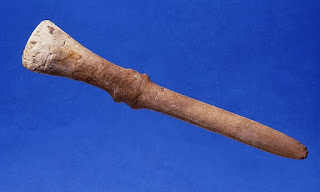 The Wand is about focusing energy and sending it out. In myth, folklore, fairytale, and legend there are plenty of examples of it. It is noteworthy to point out that The Wand doesn't have to be a short stick like seen in Harry Potter. A wand has many shapes and sizes. It can be a staff, which is a long piece of wood. It can be a wooden spoon from the kitchen. You may find all kinds of information on how to make your own, or what kind of tree is best. But just like in Harry Potter, the wand picks the wizard or witch. Instead of making your own, ask the divine to grant you one.
In Tarot, the depictions of wands are all about focusing energy towards a goal or challenge. As you get further into research about “things of divine gifts,” you will see that many people want to shadow “arcane knowledge” into something dramatic and mystical. The truth is there isn't anything dramatic or mystical about it.
The “Theater” of Tarot comes from the turn of the century when spiritualism was becoming very popular. The craft was filled with frauds and hooligans trying to separate the customer from their money. They would use parlor tricks in a dimly lit room to make the costumer believe that the diviner's power came from the “other side.” Those who could make a show to prove their credibility had more customers, hence more wealth.
Harry Houdini was an avid non-believer because of the show. He felt that the illusions used by these fraudulent diviners wasn't fair to the customer. Harry didn't see that his illusions were dishonest because his patrons knew, when they came to a show, that it was a show. His illusions were a trick and the costumers knew that.
I agree with Harry. If a person wants to see a show, they go to a magician. If a person goes to have their cards read, it is because they are seeking advise. To cloud that in some dramatic show is to be dishonest.
Focus your reading on the questioner. The reading is not about you or how right you are. It isn't about showing off “your powers of divination.” It is also important to note that it isn't about “look at me and pay attention to my entertainment.” A reading is about a real person, with real problems, who is seeking help or advise. This person may be uncomfortable with therapy, or talking to someone they know about an issue. (Also note that you are not a therapist! If problems are about something that should beaddressed by a therapist, tell that person. Tell them that the cards say “seek therapy” even if the cards say something else. A well placed lie could save a person.)

For the Tarot, The Wands, all wands, represent resources and energy. Each card tells a short one sentence story about what or how resources and energy are moving and/or not moving on your Masculine and Feminine paths. The Wands talk about tangible and intangible resources as they apply to four areas of living, Love, Career, Home, and Finance.  A resource could be knowledge or a 100 pound bag of wheat. The knowledge is feminine and intangible. The wheat is masculine and tangible. Both are resources that could be traded for currency or donated to/for love. Do you give the wheat to starving Uncle Joe? Do sell the wheat and give the money to Uncle Joe? Do you sell the wheat and keep the money but tell Uncle Joe where to go to get a job? Do you trade the wheat for repairs to your roof? Do you keep the wheat and save it for later? Do you donate the wheat to a homeless shelter? Do you grind the wheat and become a miller? Using this example is pretty endless one its own. The goal of The Wands is to help assess where the resources and energy need to go or not go.

The Cups- dreaming, planning, researching, vision, deciding on a goal
The Wands- resources, energy, focus, directing towards a goal
The Swords- the actions and  thoughts that get you to that goal
The Pentacles (Coins)- The rewards of goal achievement
Posted by Kaythia Star at 9:30 AM